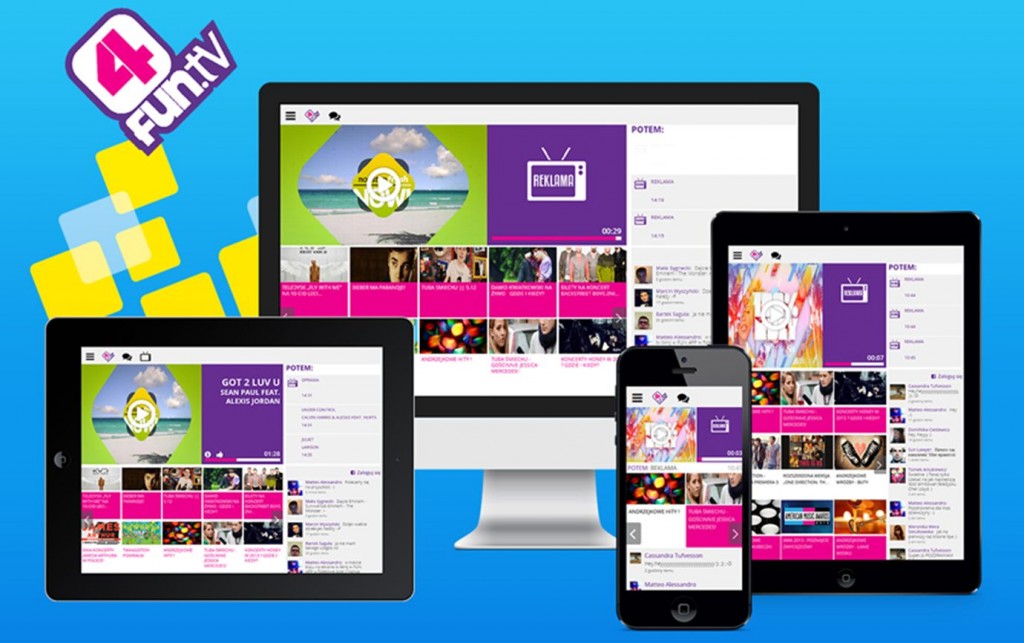 The goals we set for this 4screens solution was to create an round-the-clock application enabling the different forms of real-time interaction with the clips being aired.

Using 4screens Studio we have created FUN APP TV, a native app available both on Google Play and iTunes.

It also includes real-time interaction with the big screen in many different ways. The most popular feature is giving a Facebook “like” to a song being aired. The users can immediately see that their vote has been added. And the broadcaster receives an important information which can be used to create top hits charts.

Showing the lyrics of a song being played makes FUN APP TV a useful karaoke tool.

The editors can send quizzes on display of the mobile devices asking questions about the performing artists. The users that give correct answers gain points, which later can be turned into special prizes.

The users can also chat using the app, and their comments appear on the TV screen.

FUN APP TV when launched was the world’s first second screen application operating 24 hours a day. It is the core and the future of our business. We are very glad it is highly rated by the users on both Google Play and iTunes.

We are glad we had a chance to be the first TV in Poland to deliver 24/7 Social TV.

Our goal is to show that television is not a one dimension medium, and allows the viewer to interact with the programming – Mateusz Górecki, Innovation and Investement Director in 4fund Media SA.