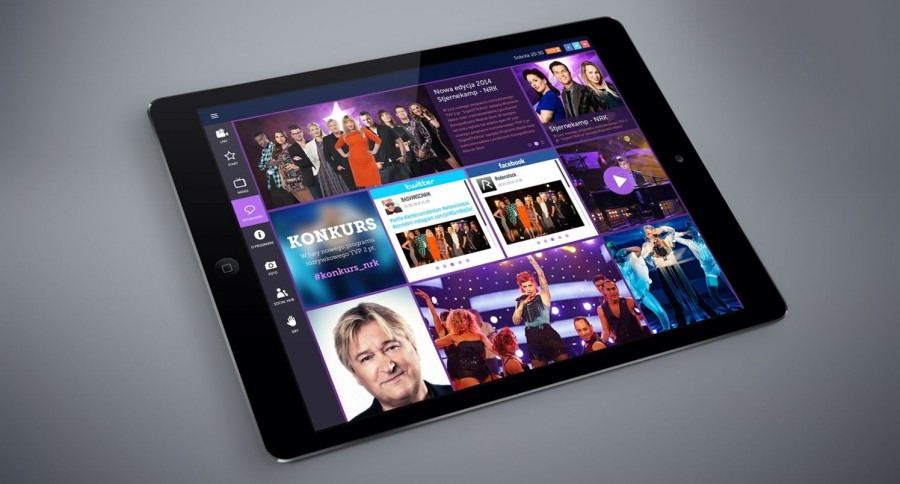 “SuperSTARcie” is a talent show produced for Telewizja Polska (TVP), Polish public broadcaster. It is based on a Norwegian format “The Ultimate Entertainer”. Several dozens of performers compete trying to sing out their own interpretation of a song. They are then ranked by jury, which consists of professional musicians representing different styles – from hip-hop, to folk and jazz. The final decision about the elimination of participants in each episode is based on the viewers voting via SMS. 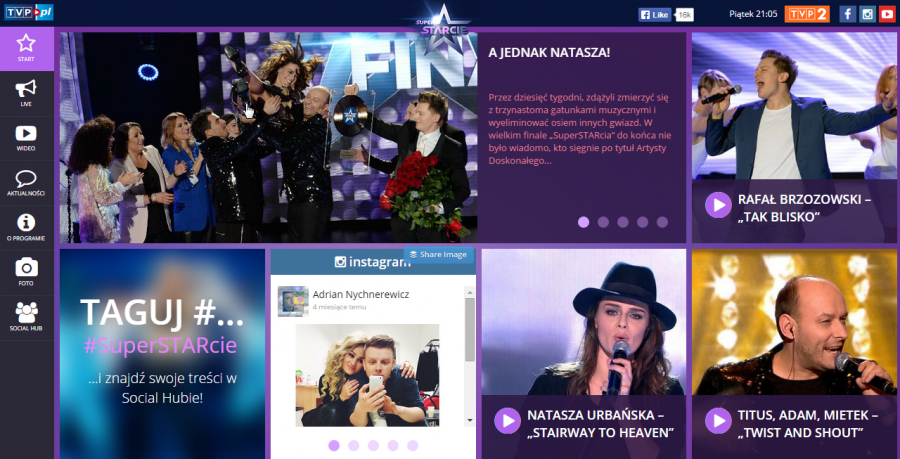 In order to maximize engagement multi-screen solutions need to be simple. Together with the broadcaster’s executives we have determined three most desired goals for the app: 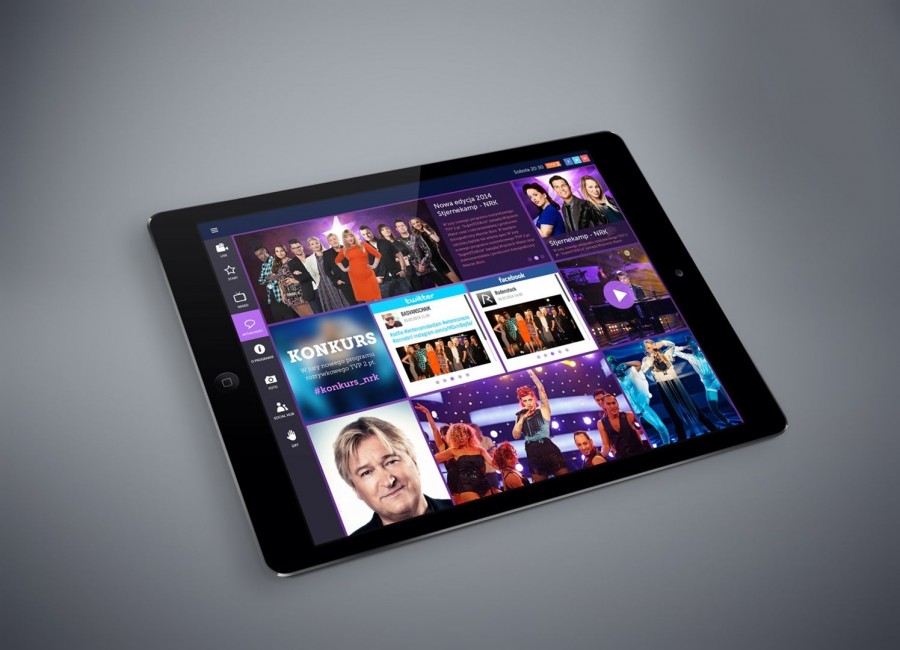 Using 4screen Studio we have created a web application available on all mobile and desktop devices.

Real-time voting. During the live show the viewers could rate the performers giving them a grade from 1 to 8. They would receive an instant feedback from the app, showing what is the current average score of the competitor. 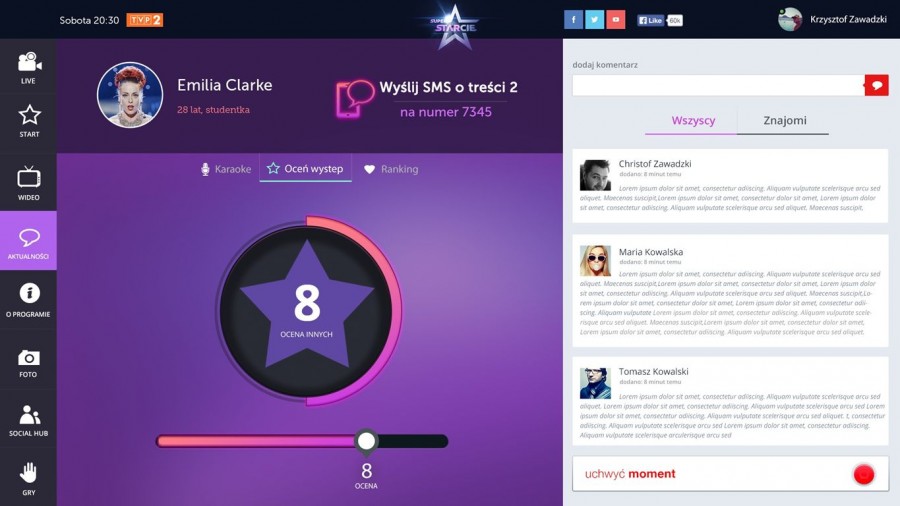 Quizzes on demand. The producers of the show could at any time deliver to the screens of the app users one of the quizzes preset before.

Revenue boost. The 4screen app not only helped TVP engage the audience, but also encouraged the users to take part in the main SMS voting. They were making decisions about the future of the competitors. The voting was an additional source of revenue for the broadcaster.