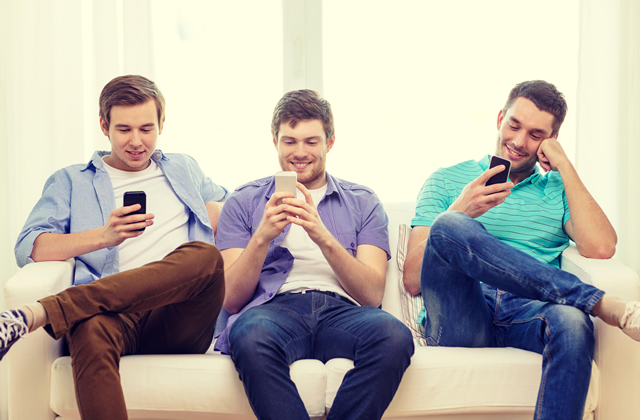 Smartphone is the second screen of the future. For now. This may change if the next generation of users discovers a new device that will beat it.

The data shown in a recent report by Accenture “Digital Video and the Connected Customer“ gives us a great insight into the multiscreening habits of different age groups of TV viewers. 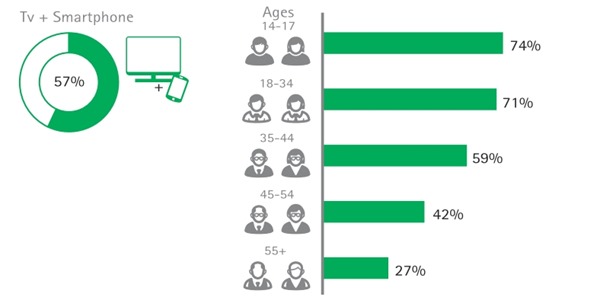 Right now smartphones are the devices we most often while watching television.  They are used by 57 percent of multiscreeners, while personal computers (laptop/desktop) by 50 percent of them. 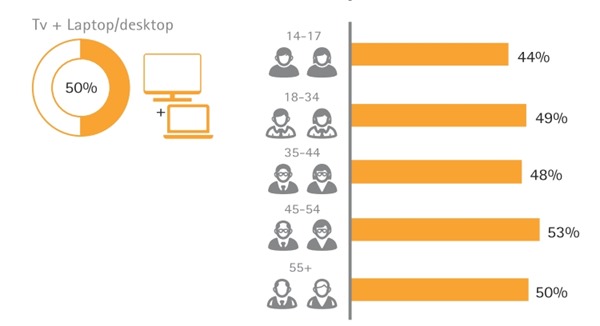 Three in four teenagers aged between 14-17 use smartphones as “second screen”. Their popularity is still very high among young adults (18-34 years old).  Laptops and desktops although used by 50 percent of multiscreeners they are most popular among older people above fifty. 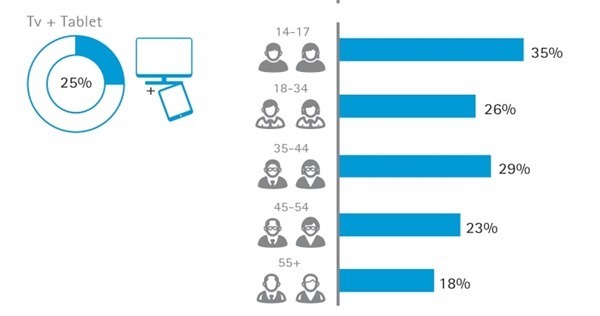 In the report Accenture analysts underline the revenue potential of second screen:

Clearly it’s time for media companies to continue developing a new generation of services that plug into this second-screen phenomenon.
Viewing habits will need to be integrated into existing offerings to capture loyalty and help drive additional revenues, and the ability to deliver a seamless experience across devices looks set to be an increasingly important differentiator.

With the technological barrier for second screen gone the broadcasters can meet the expectations of the viewers. Platforms like 4screens enable building of second screen for every piece of programming and work out the most efficient practices.