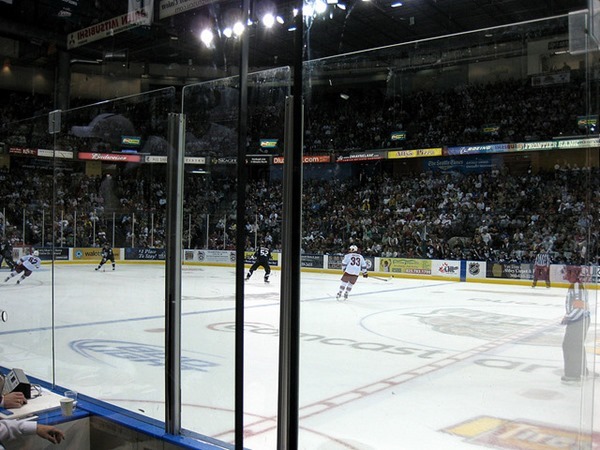 The major professional sports leagues face new challenge as the fans are broadcasting the events they watch live. All because of new apps launched in past couple of months. Both Periscope and Meerkat are directly linked to Twitter and allow the user to record and broadcast live whatever is being recorded by the device’s camera.

Broadcasting rights have always been a important source of revenue for the leagues and team owners. They have been fighting with user generated streams and unauthorized uploads of the best shots, goals and other highlights being published on YouTube. Now the user generated content is even easier to publish and more difficult to control.

As the play-offs enter the most interesting stage both in NBA and NHL,  the latter has released a warning for the media violating their copyrights:

As a reminder, NHL media credentials prohibit any “unauthorized use of any transmission, picture or other depiction or description of game action, game information, player interview or other arena activity … without prior written approval of” NHL or the team as applicable.

What may work with the official publishers is difficult with the fans as they are encouraged to use the broadcasting apps by the team staff and athletes themselves. They already use Periscope to stream video of the training, friendly games, and behind the scene events.

The new tools for enriching the Second Screen Experience are already being used by brands. As Canadian “The Star” notices, Adidas Periscoped a soccer player signing an endorsement deal with the company.

It seems the live streaming fashion is gaining its momentum and it’s likely to establish a similar position in our lives as texting and photos in social media before.  It’s worth noticing that the unlicensed publication of the sports content was the major source of early success of YouTube in many markets.

The broadcasting rights owners should try to embrace the Second Screen trend as early as possible with their branded apps, that would allow them to generate additional revenue from the user generated content.