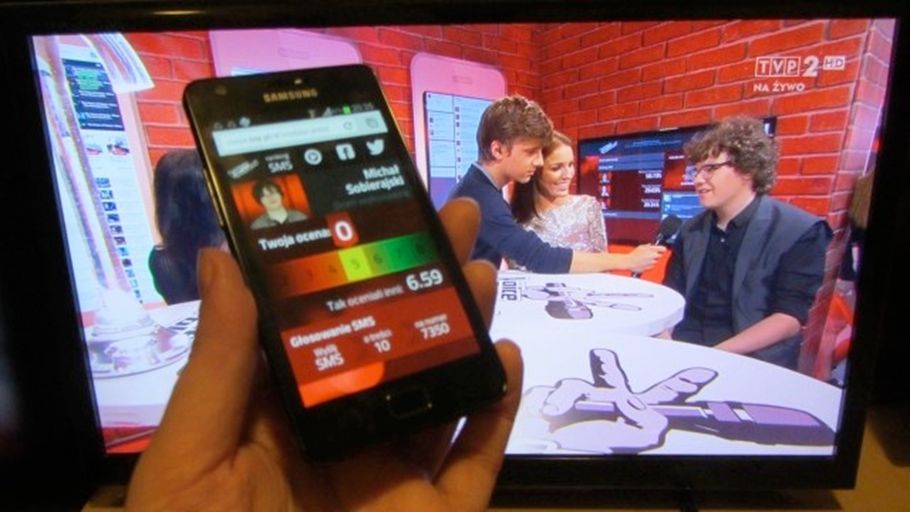 “The Voice of Poland” is a reality talent show aired by Telewizja Polska (TVP), Polish public broadcaster. It is a part of international franchise “The Voice” based on the Duch original “The Voice of Holland”.

For the second season TVP decided to boost the audience engagement with a dedicated second screen solution. In order to maximize it a multi-screen solution need to be simple. Together with the broadcaster’s executives we have determined three most desired goals for the app: 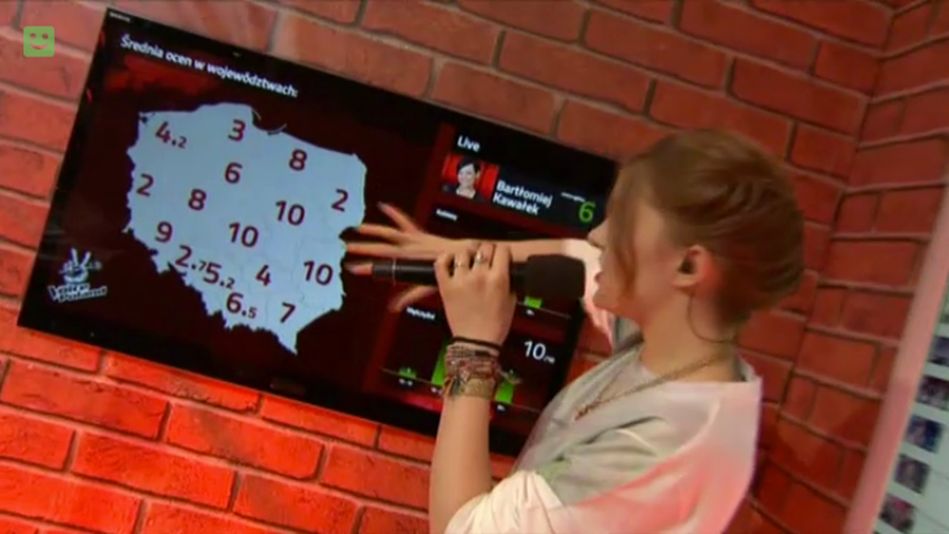 Using 4screens Studio we have created a web application available on all mobile and desktop devices. The core feature enabled the audience to rate the competitor during the song. As soon as the performance started the viewers could give them a grade from 0 to 10. They would receive an instant feedback from the app, showing what is the current average score of the competitor. During the song they could change their decision observing how it affects the final score. 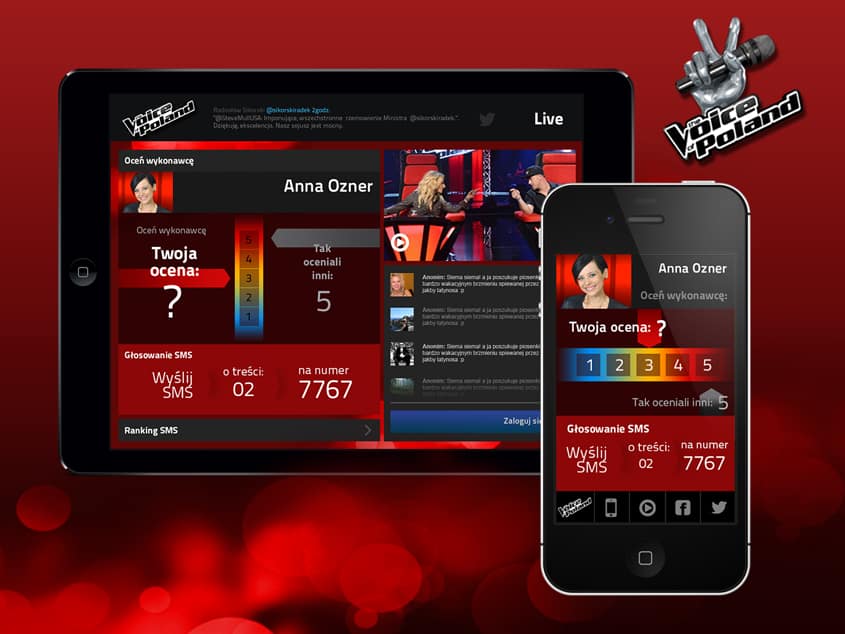 When launching the app the users answered three multiple choice questions: what’s your age and sex, which region do you come from. This simple survey provided the broadcaster with valuable information on one hand and the viewers with more fun content on the other. Inside the app the users could observe in real-time if the competitor was more popular among men or women, younger or older viewers, and which region was cheering for him or her. They often adjusted their decision accordingly. 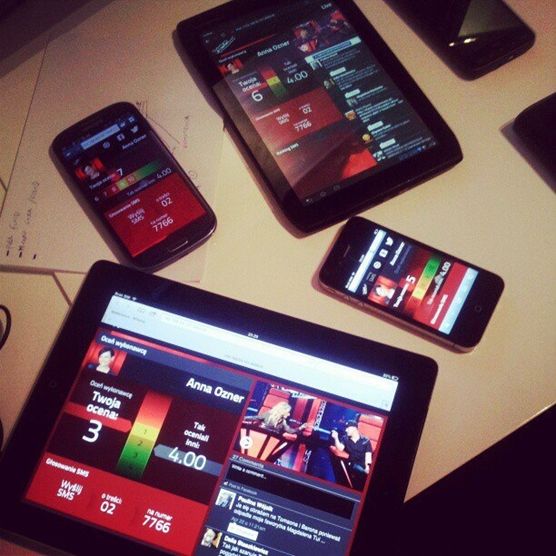 The information was also used by the show host, who could present the on interactive maps and charts along with the most interesting comments by the viewers. Apart from standard stream of what was being broadcasted, the 4screens App provided also an exclusive live stream from the backstage, where the competitors were waiting for the verdict.

The 4screen app not only helped TVP engage the audience, but also encouraged the users to take part in the main SMS voting. They were making decisions about the future of  the competitors. The voting was an additional source of revenue for the broadcaster.

Additionally TVP gained an extensive database of all the 4screens App users that logged into in using their Facebook profiles. This is a very valuable asset, which value is building up with each programming backed with a second screen solution.