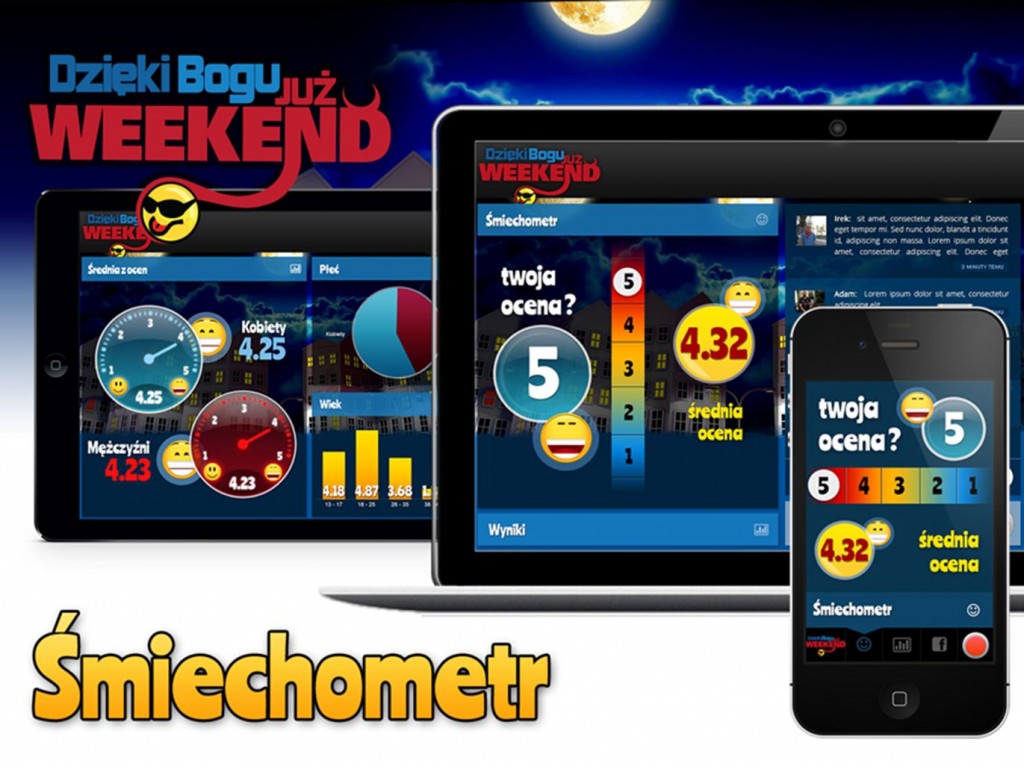 “Thanks God it’s Weekend” is a comedy show, where different groups of artists compete performing in front of the audience a series of sketches. This kind of entertainment is very popular in Poland. Telewizja Polska (TVP), polish public broadcaster wanted to fully use the trend, enhancing the experience with second screen solutions.

In order to maximize engagement multi-screen solutions need to be simple. Together with the broadcaster’s executives we have determined three most desired goals for the app:

Using 4screens Studio we have created a dedicated responsive Web App “Thanks God it’s Weekend”. During a cabaret performance the users could rate it with a touch-slider giving a score from 1 to 5. Once they did it, they received a real-time feedback with an average score given by all voters. They could still react to the information and change their grade as long as the group was performing on the stage. Additionally viewers could exchange opinions on jokes in a chat window in the app.

Additional content for the show. When launching the app users answered two multiple choice questions about their age and sex. Thanks to this additional information, they could observe in real-time, if the sketch was more popular among men or women, younger or older viewers. Often this feedback made them change their mind.